The BR Standard 9F was a locomotive type introduced by British Railway's in an effort to Standardize steam locomotive types on Britians Railways in the 1950's. 999 BR Standard were built in total, 251 of which were the 9F class. They were nicknamed 'Spaceships' by enthusiasts.

This pack adds a wide variety of new repaints(requires 9F DLC off Steam) to your Train Simulator, including preserved icons of steam 92203 Black Prince and 92220 Evening Star, along with many others, and a selection of steam era paint and weathering variations(see more below). New sounds, particles, scripts, simulation and scenarios complete this package! 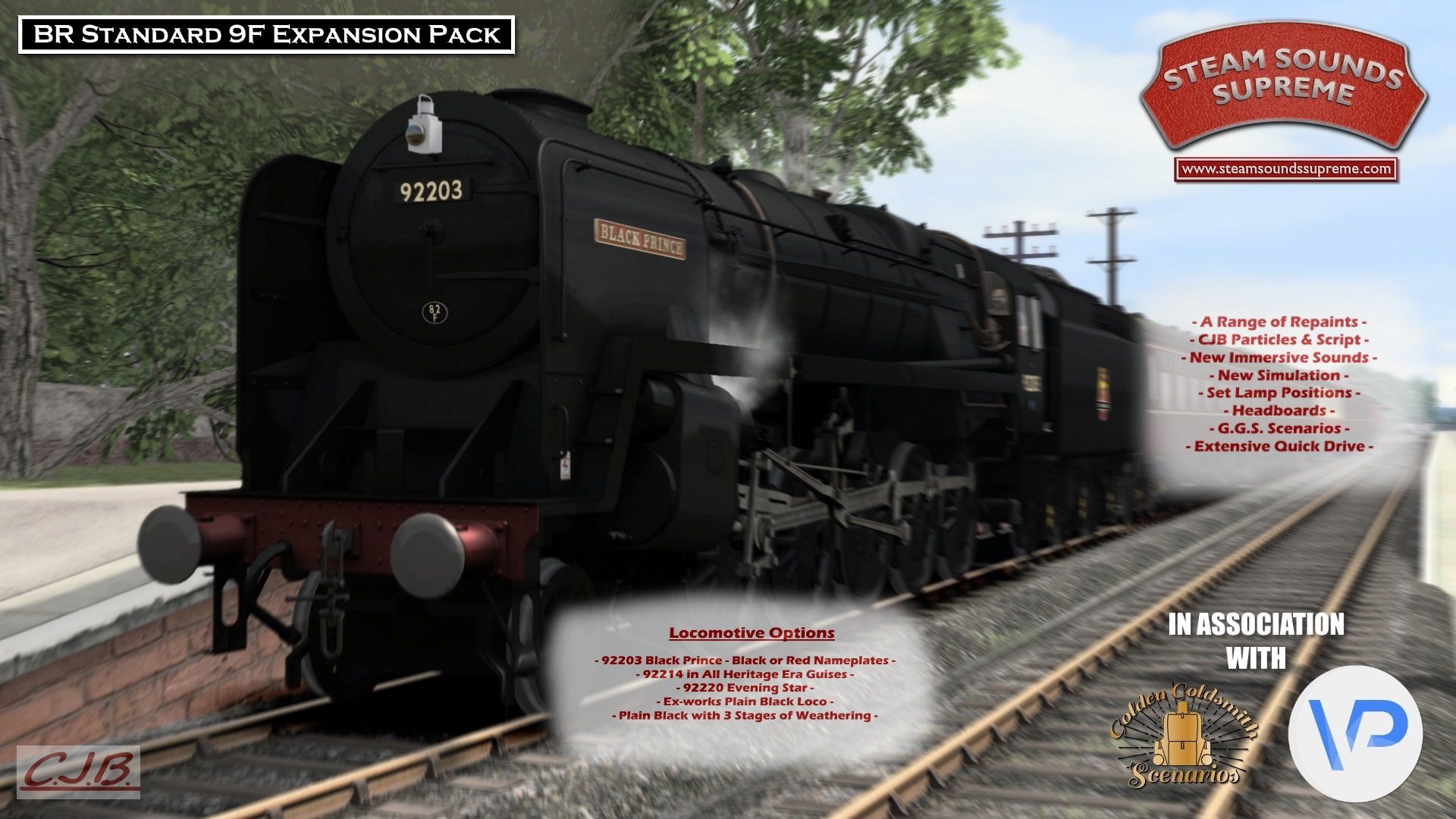 The official preview video is here on the right.

This is not a exhaustive feature to show every single element within this pack, but it gives a good idea.

For more videos of the 9F in action see out Facebook Page. Our video section is HERE.